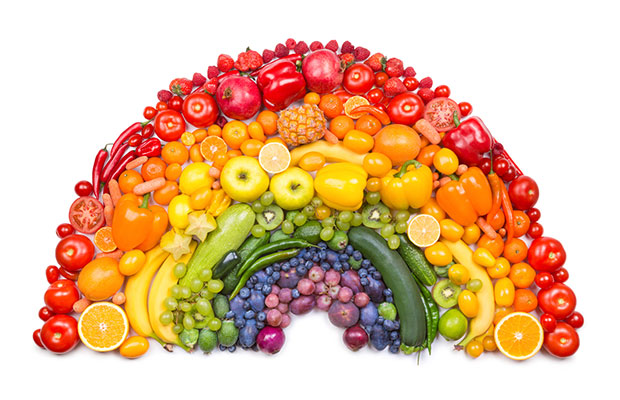 Last Sunday, Ryan and I had just finished our massive grocery shopping trip for the week ahead (which sucks the energy right out of me), so I decided to let myself veg out for a couple hours and binge watch some Netflix. (Sunday funday, am I right?) I had seen the documentary entitled Minimalism floating around, so I watched that. (It was very interesting, btw, but unrelated.) After I finished that, I browsed through the rest of the ‘documentaries’ section and I saw so many documentaries about the food industry. I was surprised, honestly. I’d heard of Food, Inc. before but never watched it. I had never heard of the other ones before and there were so many. “They must be important,” I thought. So I started with one called Hungry for Change. At that point, Ryan had joined me on the couch and decided to watch it with me.

I’m not going to recap each documentary because I think it is extremely #worthit to take the 1.5 hours to watch each of them, but I will list the ones that I watched: Hungry for Change; Forks Over Knives; Fed Up; Food, Inc.; and Fat, Sick, and Nearly Dead. I have to say, Hungry for Change impacted me the most.

Half way through the second documentary, I looked at Ryan and said “I don’t want to eat anything we just bought at the store.”

We were on a high-protein, low-carb diet at the time, so our diet consisted of mostly meat, eggs, and some vegetables. What shocked me was that in one of the documentaries, they mention all the different kinds of “diet plans” that are out there (including the one we were on at the time) and explained just why they don’t work in the long-run.

We finished watching three documentaries in one night, and afterwords, I felt like…

My eyes were completely opened to the truth that the food industry and the government don’t want us to know. I felt as if I’d just woken up from a 22-year-long nightmare of battling with so many things related to food and I finally had the answer. There is so much conflicting information out there about “low-fat” and “low-carb” and every time I thought I had it all figured out, my weight spun out of control and I was left feeling helpless. For so long, I just assumed that my weight was just something I was going to have to struggle with for my entire life. These documentaries opened my eyes to the truth about food, our bodies, and the way those two things were created to work together. When I really sat down and thought about it, it was so simple and it made so much sense.

A plant-based diet is a diet based on foods derived from plants, including vegetables, whole grains, legumes and fruits, but with few or no animal products (in our case, none).

Right then and there, on that Sunday evening, we decided that we were going to adopt a plant-based diet the following morning.

We decided we would eat oatmeal the next morning for breakfast (because the only other option we had in our fridge was eggs and bacon), skip lunch while we were at work (because we didn’t have anything but meat to eat for lunch), and go grocery shopping for our new lifestyle after work that next evening. We gave away all of the animal products in our possession, which was a lot of food, but we were perfectly okay with that. It was never an option in our minds to continue to eat the way we had been, not even for one more day.

We made stir-fry for dinner Monday night after we went re-grocery-shopping and started a “detox” on Tuesday. (HUGE shout-out to www.bitchindietitian.com). The first couple of days were rough. Caffeine withdrawal migraines are the worst. I was down for the count on Tuesday and Wednesday with horrible migraines but by Thursday, any trace of a headache had magically disappeared!

(Note: We followed the detox step-by-step for the first 4 days. After that, we still used the recipes suggested, but we adjusted the schedule and moved the meals around a bit to fit our needs.)

I can honestly say that I don’t miss any of the foods we used to eat… not one bit! We have been trying so many new things and making so many new recipes, we don’t have time to miss any other foods. For Ryan’s birthday, we even made a vegan cake and it was delicious – way beyond our expectations.

I HIGHLY recommend watching one (or all!) of the documentaries I mentioned earlier. It’s a sad, cruel world we live in, but you don’t have to be a victim. I’m not one to try and convert people, but that’s just the truth.

I can’t wait to see where this plant-based life will take us! I will post any earth-shattering recipes we try, as well as updates on our new plant-fueled lifestyle every now and again. Please post any questions or tips for us that you might have down below in the comments – I’d love to hear from you!